The signatories represent a wide range of industrial sectors for which Carbon Capture and Utilisation (CCU) is a core technology to help reach their sustainability and climate neutrality targets.

The latest IPCC report (Working Group 3, Mitigation of Climate Change) underlines the role of CCU fuels in reducing emissions: “CO2-based fuels and feedstocks such as synthetic methane, methanol, diesel, jet fuel and other hydrocarbons from CCU represent drop-in solutions with limited new infrastructure needs”. The scientific literature considers that “the estimated potential for the scale-up of CO2 utilisation in e-fuels varies from 1 to 4.2 Gt CO2yr−1”1.

The undersigned fully support the Commission's ambitious climate targets. But reaching those targets including RFNBOs sub-quotas from the REPowerEU Plan, European Hydrogen Strategy, revision of the Renewable Energy Directive, ReFuelEU Aviation or discussed in FuelEU Maritime will require legal certainty for investments and support for the scale-up of renewable hydrogen, its derivatives such as synthetic fuels, and underlying technologies such as CCU.

In this context, we are deeply concerned by the Commission's Draft Regulation setting out a methodology for GHG emission savings from RFNBOs and RCFs. The Draft Regulation suggests that CO2 from industrial sources will no longer be considered as eligible for RFNBOs production beyond 2035.

This provision directly jeopardises the commercial viability of projects utilising industrial emissions for a more circular use of carbon that have been and are being launched by our industries to reach ambitious climate objectives and which consider lifetimes of more than 25 years. Such projects will not be able to simply switch the CO2 source and are therefore at risk already now. Notably, we do support the scale up of the use of atmospheric and biogenic CO2, but it is unlikely they will alone supply enough carbon for RCFs and RFNBOs to be produced in sufficient quantity by 2035. In addition, some process emissions will remain unavoidable after 2035. This provision will make the 2030 and 2035 RFNBOs quotas as proposed by EU institutions very hard to reach – and will risk leading to a green investment leakage in a time where investments in the EU are impacted by the energy crisis as well as competing investment schemes such as the Inflation Reduction Act (US). 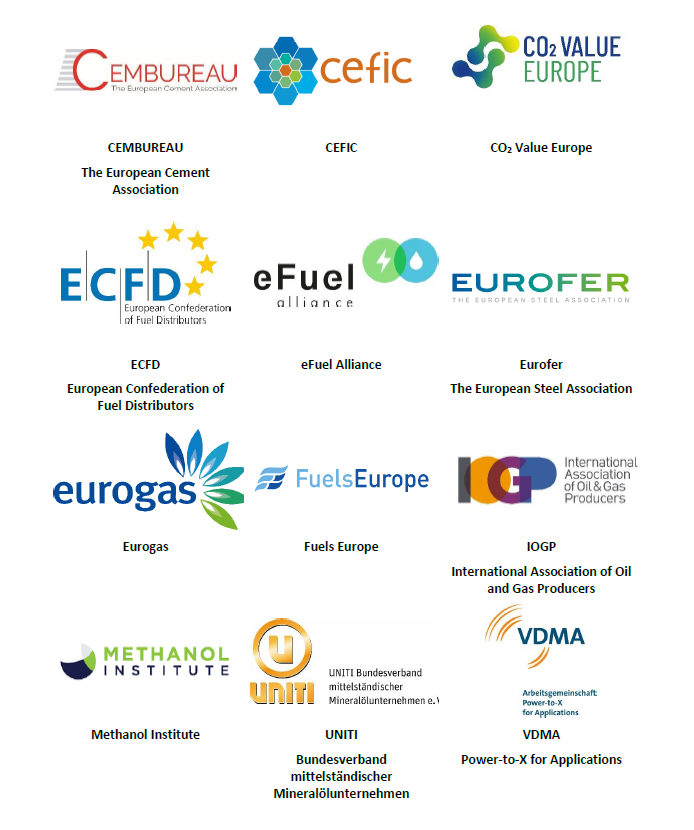 Joint Statement on the Energy Performance of Buildings Directive (EPBD)

Now more than ever it is imperative for the EU to reduce its dependency of Russian gas by ensuring d ...